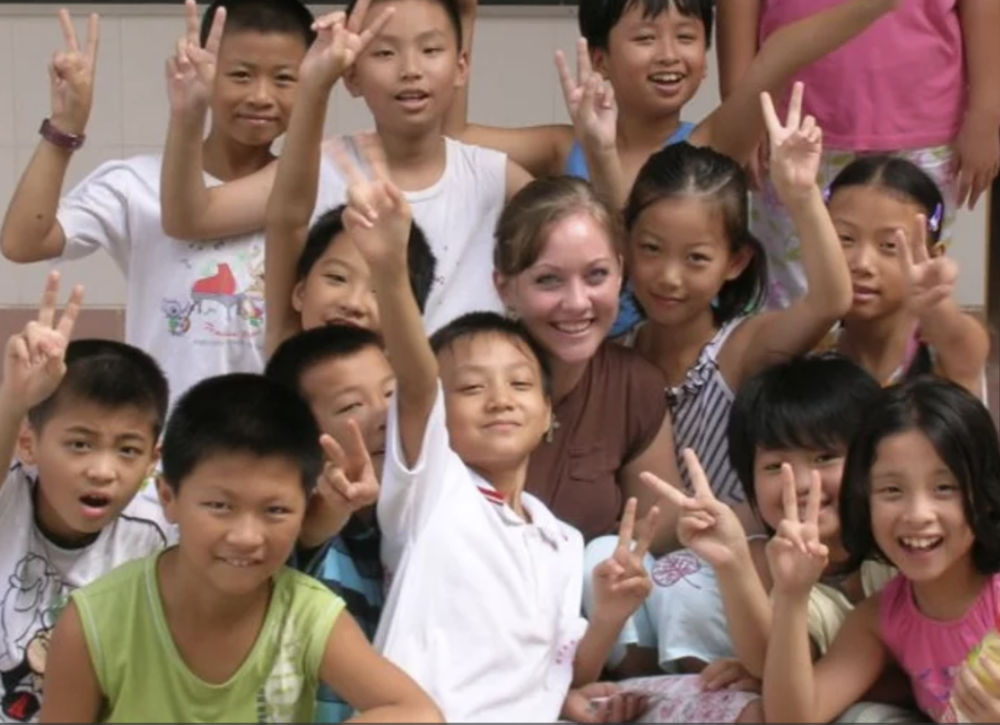 When Karen DePriest began Christy’s Legacy of Hope, she had no idea she’d eventually find her way back to Taylor School District to fulfill her daughter’s dream of helping others, but that’s exactly what happened.

During Karen’s daughter Christy’s time as a student at Hoover Middle School, she took on a project that would change her life forever.

“When Christy was in middle school, she wrote an essay about a baby that was left in the woods in China,” said Karen. “The essay really left an impact on her, and she decided she wanted to dedicate her life to helping those most vulnerable.”

And that’s exactly what she did. After Christy graduated from Truman High School, she attended Liberty University and began her journey to help others.

“While in college, Christy took a mission trip to China,” said Karen. “When she came home, she immediately said this was what she wanted to do with her life and she wanted to go back to help more children.”

Then she met her husband, Corey, and the two connected right away. They both had the same goals and wanted to do similar things with their lives – and they began working toward those goals together until they eventually married in 2007.

Two years later after finishing her master’s degree, Christy became ill. After being rushed to the hospital and transferred to another, doctors diagnosed her with a rare form of cancer that they said “had very little chance of curing.” However, she continued to be the Christy that Karen knew.

“She never stopped having a smile on her face,” said Karen. “Up until the moment she passed, Christy was always determined to reach her goals. It was inspiring to everyone who came across her.”

Christy passed away in 2010 after doctors told her and her family that the treatments were no longer effective. But that didn’t stop Karen and her husband, Jeff, from keeping her dream of helping those less fortunate alive.

“After Christy passed, Jeff and I sat down and really started to think about how we could help people the way Christy always wanted to.”

After one of Christy’s former employers, Texas Roadhouse in Taylor, held a fundraiser for her family, Karen and Jeff began looking at options on how they can best utilize that money to help others.

“We tried shipping goods to China, which ended up being extremely hard logistically,” said Karen. “Then we began working on donations to orphanages in Mexico, Haiti, the Philippines, India and Sierra Leone.”

Then COVID-19 hit Michigan, and it forced the couple to look to a cause that was closer to home.

“When COVID came, we knew we had to focus on something local and thought what better opportunity than to help out the school district,” said Karen.

It was at the point Karen started the Blue Umbrella Pack, which provides students in Taylor School District who are transitioning into the foster care system a backpack full of things they need, including school supplies, coats, shoes and other goods.

“Teachers have access to a form where they can contact me if they know of a student who needs assistance, and then we connect with them to offer anything we can. It’s been a great system.”

Just recently, Karen partnered with the Family Resource Center at Taylor School District where she was able to connect with a student and take her out to dinner and to church.

Christy's Legacy of Hope hosts a golf outing fundraiser at Taylor Meadows golf course each year. This year's outing is scheduled for June 11. For more information, you can email christyslegacyofhope@live.com.

We’d like to thank Karen for everything she does not only for Taylor School District, but for all of those in the community. With the help of people like her, the world becomes a little better of a place every day.