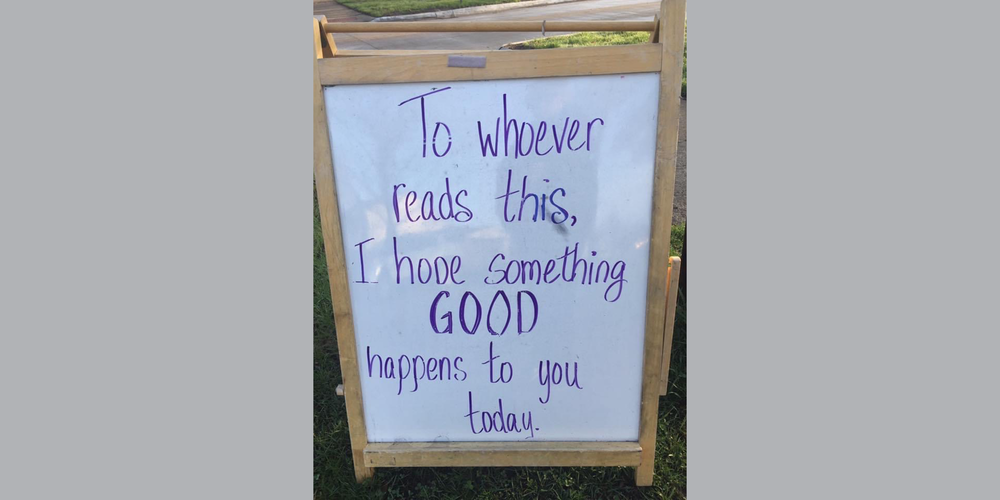 When Angie Busch, crossing guard at Blair Moody Elementary School, noticed cars not always breaking for the stop sign at her corner, she knew she needed to come up with something to help slow down traffic.

“Cars would just roll through the stop sign,” she said. “So, my sister and I joked about writing a quote on a board and leaving it at the corner to encourage people to slow down and read it.”

What started as a joke between the two turned into a daily quote waiting each morning for all who pass by.

“We’re going on nearly seven years of a different quote or phrase every morning,” she said. “As far as I can remember, I don’t think I’ve repeated one ever since I started.”

The “pick-me-ups” Angie writes are inspired by things happening around the world, holidays or even just funny things she sees or hears online.

“I always receive great feedback during Breast Cancer Awareness Month because I’ll write inspiring messages related to that,” she said. “But sometimes I’ll just see something that I think is uplifting or will make people laugh, and I’ll use that.”

Although the idea was created to encourage people to slow down, it has turned into something parents, students and community members come to enjoy (and expect) every morning.

“People will stop their cars and roll down their window to tell me how much they like the day’s quote,” Angie said. “But I’ll also see kids stopping and people who live nearby taking daily walks to see what’s on the board for the day.”

However, the biggest reward for Angie is seeing students who no longer attend Blair Moody passing by the school to see what she wrote for the day.

Angie’s no stranger to making mornings enjoyable for the community. In December 2015, the year before the daily signs started, she began wearing a different holiday themed hat each day, which was so well received by students, she turned it into a Halloween tradition as well.

“I have Santa hats, gingerbread hats and really any other type of holiday hat you can think of,” she said. “After doing it for a while, my sister offered to buy Halloween-themed hats for each day in October. The kids really do love it.”

Thanks to Angie, students and parents at Blair Moody now have one more thing to look forward to each morning. According to her, it’s important to just slow down and take a minute to smile every day, which is why she continues to do what she does. 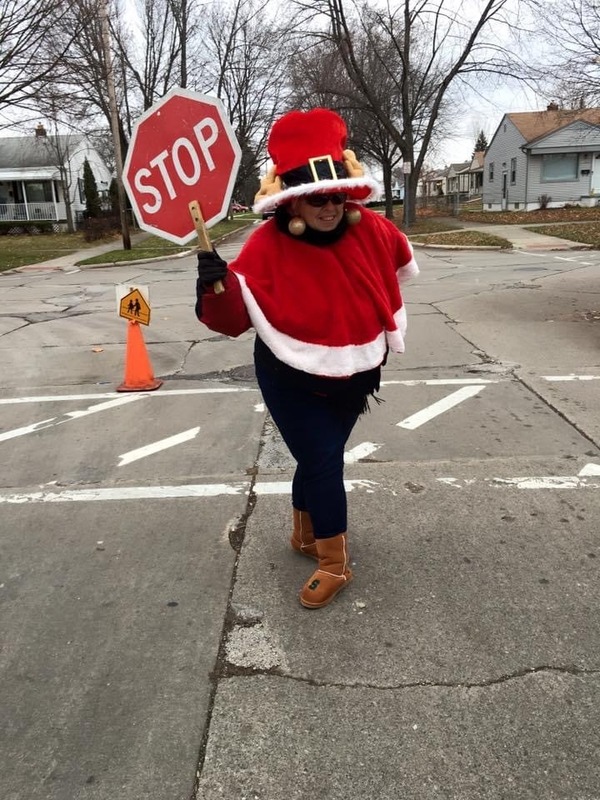